A Tracey by any other name… 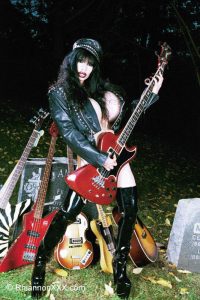 Before she was Rhiannon, she was known as Tracey, the incredible singer of the rock band Sweet N Evil. Her performances were legendary. Not only did she have a voice with the power of Dio, but she had a stage presence that could rival Alice Cooper on his best day. It was virtually impossible to take you eyes off her.

Throughout the show she went through numerous costume changes, with each one getting skimpier, until she ended the show wearing nothing more than band-aids and a g-string. Not only was she a world class performer, she was also co-writer of all the songs.

For nearly 10 years Tracey fronted Sweet N Evil, playing all over the tri-state area, filling clubs, night after night. Those that were lucky enough to see her perform will never forget her. Known as Rhiannon, she has long been a staple in the Big Boob magazine and publishing world. She epitomizes the term “Slim & Stacked, with her 5’1”, 105lb smoking hot body, that’s topped of with a huge pair of 48MMM-cup boobs. She has often been compared to a Charms Pop.

She has appeared in hundreds of busty magazines and been featured on the covers of dozens, including; Gent, D-Cup, Busty Beauties, Score, Juggs, to name just a few. With photographer Anton Fury, they created the magazine called Cleavage that ran for 5 issues. At that point, she became the Associate Editor of Gent, Busty Beauties and D-Cup. For many years Rhiannon had her hand in nearly every facet of the big-boob industry.

Rhiannon’s magazines and more, are available, but…
YOU MUST BE 21 TO GO HERE: Magazines | DVDs | Merch | Clothing

No matter what you call her… Tracey, Rhiannon or Mistress Rhiannon… there is never a dull day! 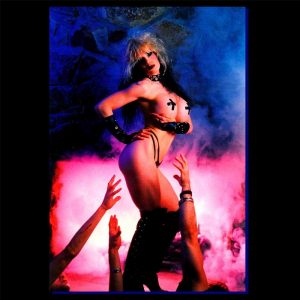